Steep hills can be one of the trickiest obstacles you’re likely to encounter while driving off-road. Not only have you got a gradient to contend with, but gravity is also working against you. It just doesn’t seem fair. However, science is on your side – when attempting the climb for the first time, consider the proven formula for success: A successful climb = the correct route + sufficient traction + sufficient momentum.

The route you pick depends on a number of factors which can be influenced by the following:

The rule of thumb when climbing hills is to attack the slope using a route which minimises any side angles where possible. If you start to slide sideways you’ll have very little control over your vehicle, but sliding forwards or backwards can be controlled. Diagram 1: Driving straight up the hill is the safest route, as it minimises side angles 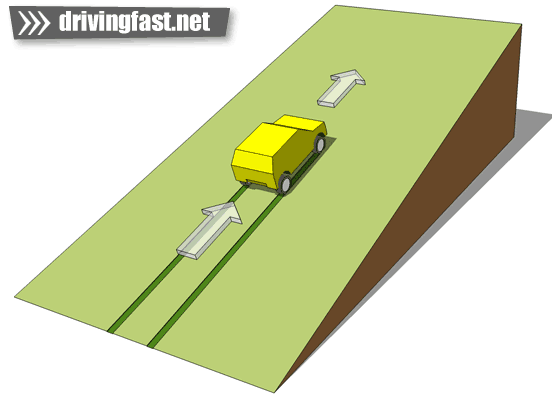 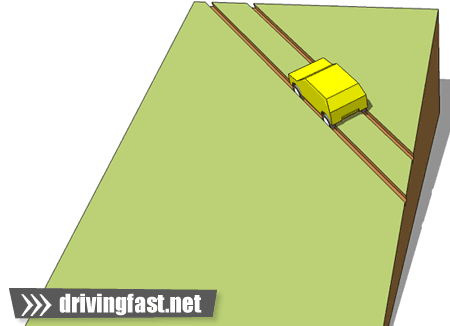 Diagram 2: Climbing a hill in ruts

If you start to slide backwards, follow the techniques explained here

If you’ve failed to make it to the top, the chances are it’s either because of one of the following:

Recovering from a failed hill climb due to lack of traction or momentum (manual transmission with the engine still running):

If the slope if so slippery that the wheels are locking due to engine braking – you may need to gently apply some throttle to regain traction, then release the throttle gently to re-establish braking.

Recovering from a failed hill climb due to engine stall (manual transmission):

Recovering from a stall in an automatic transmission:

It’s unlikely that you’ll stall an auto, but it can happen. If this does occur, hold the foot brake firmly and restart the engine (you’ll probably need to select N or P first). Now follow the stages shown below. Recovery due to lack of traction or insufficient traction or momentum in an automatic vehicle: 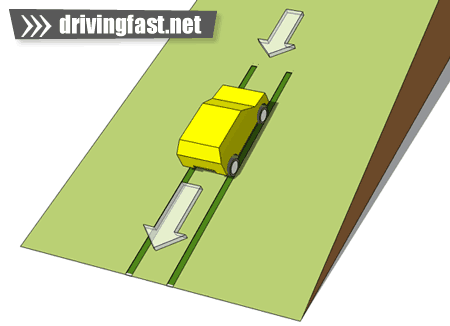 Diagram 3: Reverse down the slope to recover – minimise side slopes to increase safety

Recovering from a sideways slide

If you have no choice but to ascend the hill using a side angle, drive as slowly as possible using a light throttle and a high gear to reduce the chances of spinning wheels or a slide. Sometimes a slide is unavoidable and there will be a temporary loss of control. To recover from this situation, you need to heavy end first to allow gravity to help, rather than hinder: 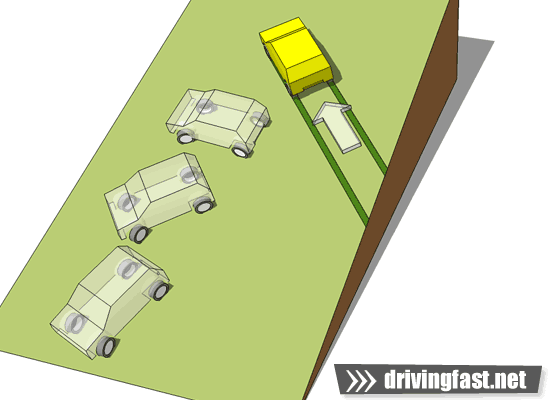